GENERAL MAP
This map outlines in red the general area in which the Dong live. The largest population of Dong are in Guizhou Province. The northern half of Southeast Asia is shown to give geographic reference and perspective. 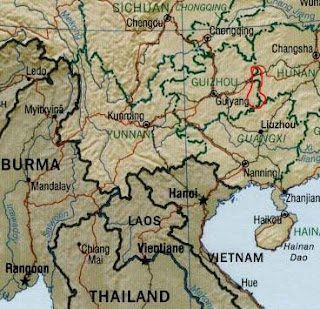 LINGUISTIC FAMILY MAP
Though several newer linguistic maps exist, this 1967 map more adequately portrays the linguistic families and the specific languages within those families. The map does not use the current romanization system for the Chinese place names. For the current spelling, refer to the above map. The numbered people group names have been reproduced here with modern spellings (as shown in the Ethnologue) so you will be more likely to recognize them. 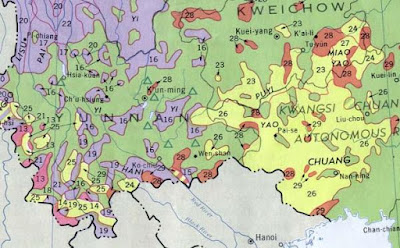